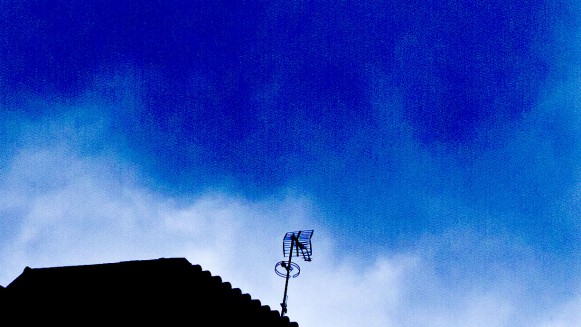 A compilation by HAZE netlabel in which I’ve participated with a track entitled “Classify me, Patronize me, Categorize me, Reduce me to One Dimension”.

Some music from this year. I don’t know if there’s gonna be Utternoise December or whatever, but right now I don’t have much to do…

At some point during the 2000s I used to go to gothic clubs. I’ve never been a darkwave or synthpop fan, but there’re some specific songs from the 90/00s that I like, and another ones that I find pretty kitsch and funny.

Some dark synthpop German bands, as And One, are really funny; Wolfsheim are a little too pop for me but they have some good songs; other bands, as Beborn Beton or De/Vision, are just too bland and cliché. In any case, what I find interesting is the fact of listening to that kind of dark music at night clubs; it’s a bit incongruous, to say the least, but it’s also intriguing.

The German dark synthpop from the 90s evolved into something that I find much more interesting, bands like Haujobb and Klangstabil. Haujobb, Klangstabil or Alec Empire are not darkwave or synthpop per se, but synthpop have some things in common with electronic industrial music, and most gothic clubs play both kinds of music (among a lot of other things).

I genuinely like And One, and some specific albums by Wolfsheim and Covenant, but I prefer Haujobb and Klangstabil. In fact, Klangstabil is one of my favourite electronic industrial bands—Taking Nothing Seriously is a really great album. I’ve seen a lot of these bands live here (in Barcelona) and at some German festivals, as Wave-Gotik-Treffen and Maschinenfest, and I have some good and fucked-up memories of that time…