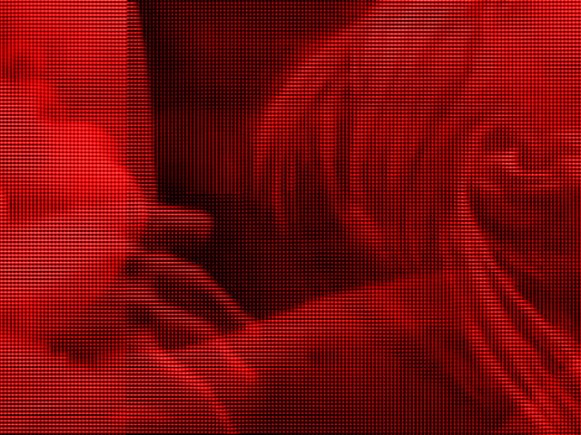 When I was a little girl, I was already fascinated by the moving image, and I loved films and TV series than were not exactly for kids, I don’t mean ‘adult films’, but I was more interested in Gene Kelly and Moonlighting than in the typical films for children. Some years later, I had a flatmate who one day told me that my ‘problem’ is that I’m a post-modernist. I’ve never seen myself as a post-modernist, or as anything else, but the truth is that some of my personal obsessions are very related to post-modernism: fragmentation, codes, meta-narratives, the absence of an objective truth, etc. And in a way I think that the films and TV series that fascinated me as a kid were quite post-modern.

Musical films as Singing in the Rain (1952) or Les Girls (1957) and TV series as Moonlighting (1985-89) play with concepts, gags and narratives that in the visual context of a child living in the Eighties were quite absurd and strange. Obviously, in the Eighties existed films much more post-modern than that, but I didn’t know about its existence until years later, and we should remember that Singing in the Rain, Les Girls and Moonlighting were mainstream/commercial products, not experimental pieces. The thing is that now I realized that I liked those audiovisual products because of its fragmentation and its meta-cinematographic aura.

Nowadays, I don’t think there’s anything in the TV comparable to Moonlighting, but we have Lost, maybe the paradigm of fragmentation, or I should say better the paradigm of liquidity — if, as Zygmunt Bauman states, we live in a ‘liquid time’, I guess that we need some liquid audiovisual products. Lost could be described as a quantum soap opera: first it was the flashback, then it was the flashforward, after it was the time travelling and now we have the parallel realities. Even if in some moments the script is really mushy and touchy-feely, it’s also fragmented, ambiguous and remarkably liquid — fortunately, I think that we are getting over those classical flat narratives in which good is good, bad is bad and there’s nothing more in between; real life is much more complicated than that.

The truth is that although I don’t see Lost as a masterpiece, right now mainstream TV (Is there a non-mainstream TV?) is much more interesting than mainstream cinema. A film from the Fifties like Singing in the Rain is much more iconoclast that any of the blockbusters of the recent years, but in the television we are watching some interesting changes.

My favourite TV series right now is True Blood. I know, I know… It’s kitsch and excessive, but it’s also a surrealistic mix of everything you can imagine, name any genre! Drama, comedy, action, adventure, crime, horror, science-fiction, romance, eroticism… It can jump from the most tacky to the most gory in a second with an astounding audacity and self-confidence. Have you ever watched before a bloody Viking vampire murdering in jogging suit, flip flops and with tinfoil in the hair because he was having some highlights done? It’s quite hilarious. And even everything is extravagant and way-out, at the same time it has an astonishing natural/realistic quality. Thanks to True Blood, TV vampires (really lame until now) are not just post-mortem, are also post-modern.

Crossing the Great Sagrada is a strange film with an odd sense of humour and a slightly postmodern feeling. It’s not a masterpiece, but in a sense it’s decades ahead of its time.

“(…) this journey is portrayed in an absurd manner, drawing attention to the artificial nature of the film. (…) Titles, intended to provide narrative orientation, constantly give conflicting information, producing a confused, comic effect. (…) Crossing the Great Sagrada satirises the colonial stereotype of ‘native’ people. It also places doubt upon the authenticity of many of these travel films (…) The film’s surreal humour prefigures that of later innovative British comedy, such as Monty Python’s Flying Circus.”