“Yuan (simplified Chinese: 缘; traditional Chinese: 緣) or Yuanfen (simplified Chinese: 缘分; traditional Chinese: 緣分; pinyin: yuánfèn; Vietnamese: duyên phận), ‘fateful coincidence,’ is a concept in the Chinese folk religion describing good and bad chances and potential relationships. It can also be translated as ‘destiny, luck as conditioned by one’s past,’ or ‘natural affinity among friends.’ It is comparable to the concept of karma in Buddhism, but yuanfen is interactive rather than individual.

“Yuan (缘) or Yuanfen (缘份) is a Buddhist-related Chinese concept that means the predetermined principle that dictates a person’s relationships and encounters, usually positive, such as the affinity among friends or lovers. In common usage the term can be defined as the ‘binding force’ that links two persons together in any relationship. The concept of synchronicity from the Swiss psychologist Carl Jung can be seen as similar to yuanfen, which Chinese people also believe to be a universal force governing the happening of things to some people at some places. Yuanfen belongs to the family of concepts known in theology as determinism.” 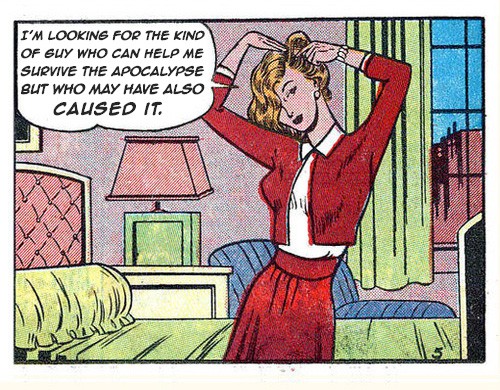 Found at: This isn’t happiness

“On a stone table was a tape recorder – The monk switched on the recorder and sounds of lovemaking filled the room … He danced around the table caressing a shadowy figure out of the air above the recorder – A tentative shape flickering in and out of focus to the sound track – The figure floated free of the recorder and followed the monk to a pallet on the floor … the monk twisted through a parody of lovemaking as the tape speeded up: ‘Oh darling i love you oh oh deeper oh oh fuck the shit out of me oh darling do it again’ … His bones were shaking, vibrated to neon

All the tunes and sound effects of ‘Love’ spit from the recorder permutating sex whine of a sick picture planet: Do you love me?”