Les Femmes Folles: This one is about why I do what I do, and a bit of politics and feminism.

Power Moves Label: This one is about music, sound, and noise, and a bit about visual music also.

Notodo: This one is in Spanish, about my work in general.

—In case you’ve forgotten, I’m your boyfriend.
—Don’t be ridiculous… 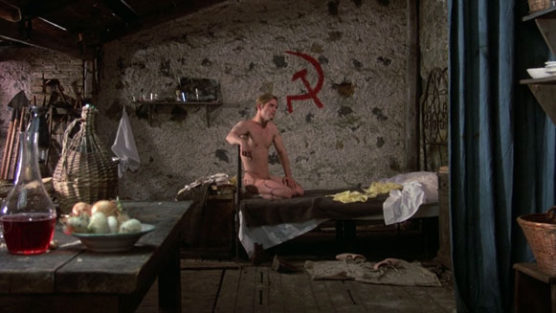 I was watching Blood for Dracula and I’m just gonna say that this is the best fucking shot in all (s)exploitation film history.

“This weapon is fully described in The Job, published by Grove Press of New York. So much for the commercial. Infrasound is sound at a frequency below the level of human hearing which sets up vibrations in any solid obstruction including the human body. Professor Gavreau, who discovered this novel weapon, says that his installation, which resembles a vast police whistle eighteen feet long, can kill up to five miles in any direction…knock down walls and break windows, and set off burglar alarms for miles around. His device is patented and anybody can obtain a copy of the plans on payment of two hundred francs at the patent office. So why be a small-time sniper?”