I’ve always loved walking, specially in urban environments, so I’m always thinking about doing artworks related to that. I’ve recorded some sound walks, usually in the rain, but I haven’t done anything really thorough, it was just a pastime. Last month, I made a short video while I was walking and the result is quite strange. I recorded the video with an iPod Touch using an app called 8mm. As the iPod camera is not very good and the original frame rate of the video was just 15 fps, the result is quite interesting, almost like an abstract pattern.

Now I’m thinking about doing something with more videos of this kind, the title will be Solvitur ambulando, a latin phrase that means “it is solved by walking”.

• Welcome Oblivion (2013)
How to Destroy Angels

• The Place Beyond the Pines Original Score (2013) [listen]
Mike Patton 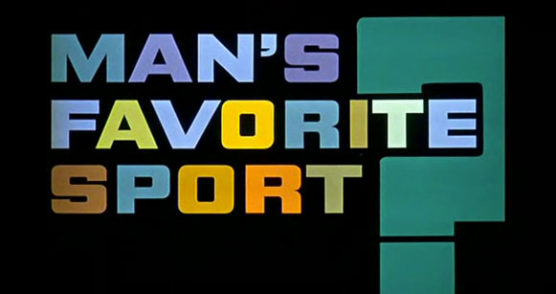 This one is quite different from Pillow Talk and Lover come back. It’s a film by Howard Hawks, and it’s obvious, he even plagiarises one of his most famous gags from Bringing Up Baby. Here, Rock Hudson is not a womanizer anymore, he’s quite duffer, like Cary Grant in Bringing Up Baby or Gary Cooper in Ball of Fire. In fact, here is the girl, Paula Prentiss, who tries to bed him. Oh, and there’s rain. A film with rain is always better!

English as She Is Spoke is the common name of a 19th century book written by Pedro Carolino and falsely additionally credited to José da Fonseca, which was intended as a Portuguese-English conversational guide or phrase book, but is regarded as a classic source of unintentional humour, as the given English translations are generally completely incoherent. Carolino added Fonseca’s name to the book without the latter knowing about it. Fonseca had written a successful Portuguese-French phrase book, which Carolino adapted.

The humour appears to be a result of dictionary-aided literal translation, which causes many idiomatic expressions to be translated wildly inappropriately. For example, the Portuguese phrase chover a cântaros is translated as raining in jars, whereas an idiomatic English translation would be raining buckets.

Mark Twain said of English as She Is Spoke that “Nobody can add to the absurdity of this book, nobody can imitate it successfully, nobody can hope to produce its fellow; it is perfect.”

Wikipedia
Complete facsimile of English as She Is Spoke (1883)

I’ve had a lot of blogs, and most of them are now dead. In fact, the only one that survives is música visual, so I guess that I’m really interested in that subject. Anyway, I’ve never had a blog about rain, my biggest obsession, so a couple of days ago I decided to create one, and here it is rainography☂.